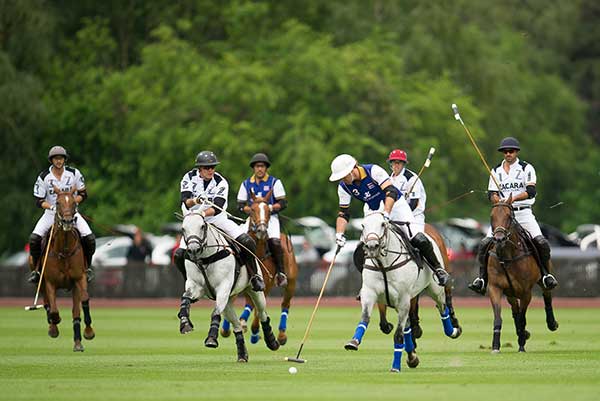 Known to be one of the oldest team sports, Polo was first recorded in 500 BC and is thought to have originated in Persia and spread to other countries through colonialism. The game, originally referred to as “Chaugan”, was believed to be a favourite hobby of Alexander the Great. Through his dominance of the Persian Empire he was sent a wooden mallet and a ball by Darius III Condoman King of Persia, with the intention to humiliate him by suggesting he should of stayed at home and played Polo.

Polo has always been a game played by kings and princes, although it’s origins are thought to be once used as valuable training for nomadic warriors, and variations of the game have been frequently depicted in paintings and statues during the Chinese Tang Dynasty in the years 618-907. However, It was later that the Persians and Mogul conquerors of India, introduced the Eastern world to the ‘Game of Kings’.

As the Mogul power declined in India, the game became isolated to remote states throughout the Himalayas and Burma-Assam border, played only by The Manipur tribesman who branded the game “Kangjai”. The English still referred to the game of kings as ‘Polo’.

Polo has always been a game played by kings and princes, although it’s origins are thought to be once used as valuable training for nomadic warriors, and variations of the game have been frequently depicted in paintings and statues during the Chinese Tang Dynasty in the years 618-907. However, It was later that the Persians and Mogul conquerors of India, introduced the Eastern world to the ‘Game of Kings’.

Polo was long but forgotten and still remained undiscovered to the western world, that is until Capt Robert Stewart and Lt (later Major General) Joe Sherer introduced the game of kings to the West. News spread fast in the town of Silchar in Manipur, and it didn’t take long before the British Army and British tea planters in India found pleasure in the game and proudly formed and represented the 1863 Calcutta polo Club.

The game of kings galloped across the globe with officers spreading the word on British soil. The first ‘official’ match was organised by Capt Edward “Chicken” Hartopp, 10 Hussars, on Hounslow Heath in 1869 against the 9th Lancers with 8 players per team 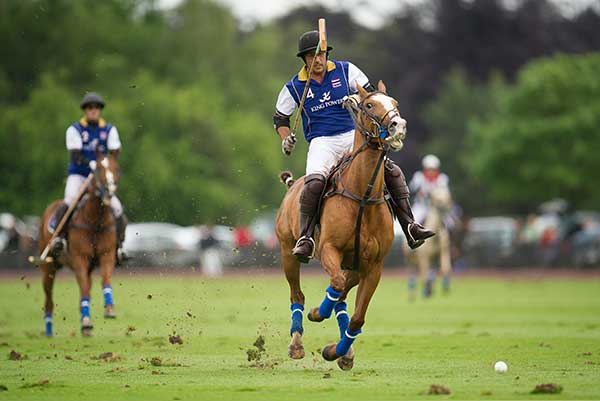 Polo was first played in Thailand by English sportsmen from Penang as a royal command performance before King Rama VII of the Chakri dynasty. Later, the first Thailand’s polo club under royal patronage was established. Still, the popularity of Polo is limited to expatriates in Thailand and Thai high society members.

However, the equestrian game has gained attention since the Thai polo team won a gold medal in the three-day event and a bronze medal in dressage in the 13th Asian Games Bangkok 1998. 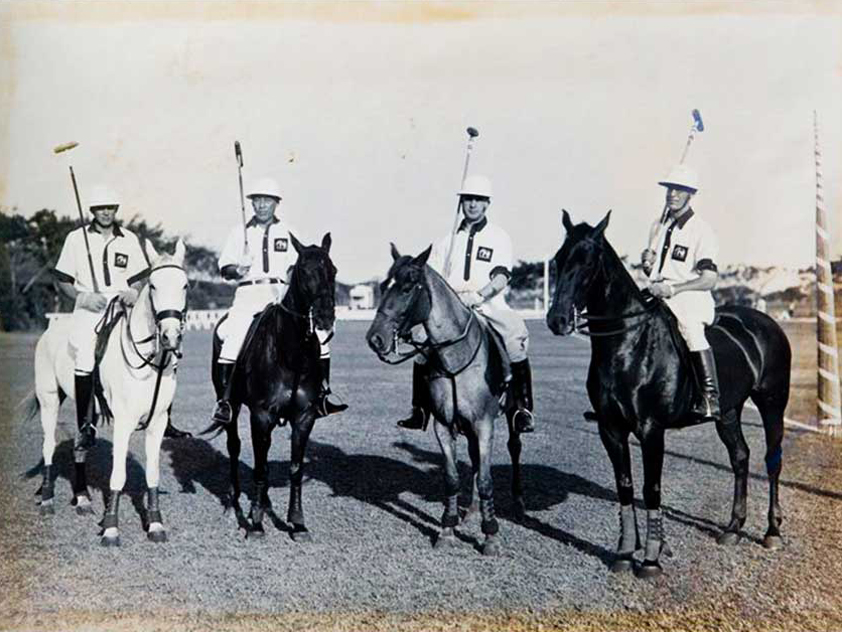 The 13th Asian Games Bangkok 1998 was a pivotal turning point in the awareness of the game. Thais rejoiced in the victory, and the birth of the Sport of Kings had gained unprecedented support. This was largely the responsibility of a dedicated and passionate group of Bangkok expatriates. Investing and committing their time to their passion, each and every week learning more about the rules and regulations, traveling throughout Europe to compete in international tournaments, their tenacity and fascination of the game was to be rewarded. From their humble beginnings in 1994 at the Bangkok Equestrian Center, to todays remarkable achievements operating in 2001 from the first outdoor polo field and club at the prestigious Siam Polo Park, the sport has truly gained the royal seal of approval.

Many tournaments are held with the support of sponsors, both local and international. This was the foundations that led to the establishment of Thailand Polo Association (TPA) on the 14th January 2004. TPA was officially registered with the Sports Authority of Thailand. Today, we continue to focus on our main objective, to help promote the sport of polo and increase awareness and interest on an international scale. With combined local and foreign investment, TPA has been able to secure and retain professional polo players from Argentina who are committed to ensuring the continuous improvement and safety of all Polo players. Most of our Polo ponies have been imported from Argentina and have been carefully selected and trained to accommodate the professional standards of international Polo players.

Through the Association, we have now accomplished one of our dream goals and that is to reestablish Polo in Thailand, and be recognized as the instigator of having Polo to be included for the first time in South East Asian Games.